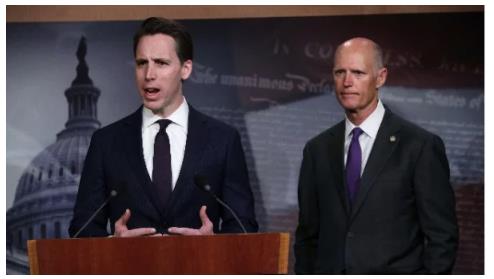 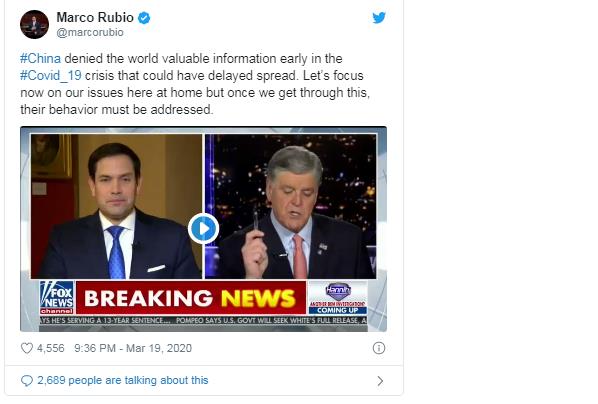 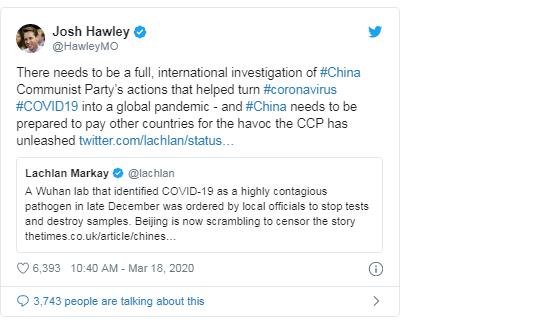 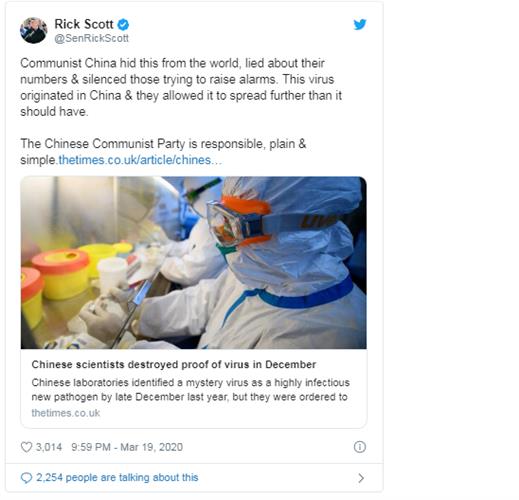 KAOHSIUNG (Taiwan News) — The hashtag “China lied, people died” has been trending around the world over the past few days as people come to terms with the colossal impact the Wuhan coronavirus is having on everyone’s lives.

It has sparked a hugely emotional response. The Chinese Communist Party’s (CCP) left-leaning supporters have immediately played the race card and accused anyone who dares to criticize China of being racist. The CCP has leaped on this too, as its propaganda machine has gone into overdrive to try and deflect blame over the pandemic.

From ludicrous conspiracies about the virus being released in Wuhan by the U.S. military to videos of people dressed in doctor’s uniforms pulling off their masks, there is no level the CCP won’t stoop to in order to convince the world this is not their fault. At the same time, the CCP has begun promoting the fallacy of China’s efforts to tackle the virus as being a great sacrifice on behalf of the world and suggesting we should be grateful.

It has also pulled in the leaders of those countries and organizations that pay homage to Beijing. Various world leaders have stood up to proclaim the virus “no-one’s fault,” saying we should focus on finding a solution rather than a cause.

The World Health Organization (WHO) seems more bothered about Wuhan coronavirus “stigmatizing” China than the fact it is killing thousands of people around the world. This is the same WHO that, at the behest of Beijing, insisted travel bans and restrictions were not necessary as coronavirus ripped through China.

This advice played a big role in the virus being allowed to spread internationally. Yet the discredited WHO Secretary-General, Dr. Tedros Adhanom Ghebreyesus, mysteriously remains in office and, for some reason, the world continues to listen to his flawed advice.

While WHO has undoubtedly helped coronavirus spread through its kowtowing to Beijing, responsibility for it lies elsewhere. Wuhan coronavirus began in China and it spread because of the culture of corruption that the CCP has engrained into Chinese society. Responsibility for the coronavirus crisis lies with one organization, the CCP.

It was the CCP that silenced doctors and other whistleblowers that first spoke out about Wuhan coronavirus as far back as September 2019 according to some internal CCP documents. It was the CCP that destroyed samples and in doing so stopped medical professionals getting an early understanding of how contagious the virus was, information that could have stopped it in its tracks.

It is the CCP and no-one else, that is responsible for Wuhan coronavirus sweeping the world.

Let’s summarize briefly what they are responsible for. At the time of writing, there are 284,013 cases globally and 11,848 deaths. We know the data coming out of China is fake and other countries are only recording a fraction of the actual number of cases because of testing limitations, so the true numbers are likely to be significantly higher.

Certainly, when the virus begins to take hold in under-developed parts of the world like Africa and Central America, the number of cases and deaths is likely to grow substantially. The CCP is to blame for these deaths.

Wuhan coronavirus is affecting everyone. Workplaces and schools are closed across the globe, economies are in free-fall, and travel is all but impossible. Life as we know it has ground to a halt, the world is on its knees, and no-one can say for sure when it will start up again.

The CCP is to blame for this. Yet still, the propaganda goes on.

China has got the disease under control, we are told in obedient media outlets. China is showing us how to beat back the epidemic.

Last week, international media reported as fact CCP claims to have zero new cases in a day for the first time. At a time when Wuhan coronavirus is rampaging around the globe, for the country of origin, with a population of 1.3 billion people, to make such an outlandish claim is utterly absurd, yet Western media lapped it up.

CCP propaganda is working and in many media outlets, far from being the villain, China is being portrayed as the knight in shining armor that will show the rest of the world how to beat Wuhan coronavirus. We must not accept these lies and we must not fall for this deceit.

This is a CCP virus that ultimately will be defeated by Western medicine.

When this happens, the CCP must face the consequences for the death and disruption it has caused. It should pay the price both financially and politically for the mess it has caused.

This situation must never be allowed to happen again and there is only one sure-fire way to ensure that is the case. The CCP must be dismantled and freedom and transparency finally delivered to the world’s most populous nation.